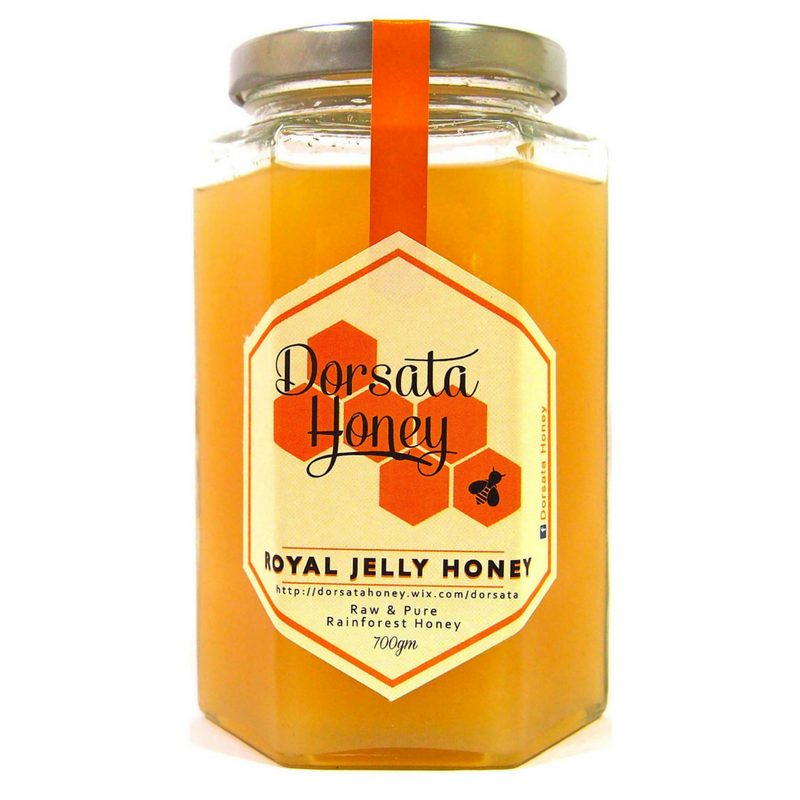 The royal jelly honey, the creamy white honey or pale yellowish honey is also known as milk of bees. It is food for bees’ larvae and queen bee. It contains 10-hydroxy decenoic acid which gives the sour taste which can inhibit bacterial growth. It has high concentration of vitamins B5, B6, and amino acids and is believed to be a potent antioxidant. It highly promotes tissue growth, muscle and cell regeneration. In animals, royal jelly seems to have some activity against tumours and the development of “hardening of the arteries.” In the Chinese Journal of Integrative Medicine (March, 2014) the research findings indicate the ability of royal jelly to help maintain blood sugar levels while controlling oxidative stress. The report suggests that it may be anatural alternative for preventing and even reversing Type 2 diabetes.

It not only nourishes the body internally but rejuvenates externally as well. Royal jelly honey is associated with healthier skin , hair and youthful appearance. Rich in estradiol, a major estrogen functioning as the primary female sex hormone, it is commonly known to be effective in treating women who have problems with their menstruation such as abnormal cycle, pain, discomfort, and fatigue. However breast cancer patients are advised against consuming it due to the interactive effects of estrogen.