The Mid-Autumn Festival! It's time to hang a lantern, rip open a mooncake and peel a pomelo.

Falling on the 15th day of the eigth month on the lunar calendar, Mid-Autumn Festival or Mooncake Festival, is widely celebrated by Chinese all over the world – which means family reunions and endless mooncakes. 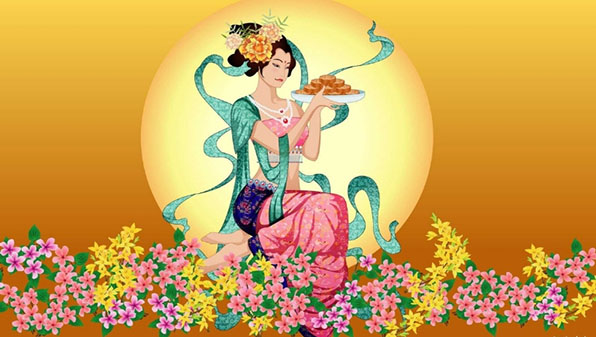 There are several legends and folklores that explain this celebration , but most of them centre on the love story between the beautiful and intelligent goddess Chang’e and her husband, a renowned archer named Hou Yi.

This myth, said to have originated from Tang dynasty storytellers, tells of how Hou Yi, a skilled archer and member of the Imperial Guard, saved the mortal world when the earth once had 10 suns unexpectedly rose over the sky and the unbearable heat caused a drought. Hou Yi shot down all but one of the suns, earning him an elixir of immortality.

Instead of taking it, however, he chose to stay in the mortal world with his love, so he brought the potion home and gave it to his beautiful wife, Chang’e, who kept it in her possession.

Chang’e drank the elixir while protecting it from a greedy apprentice, flying off to the sky. Hoping to be as close as possible to the husband, she chose to live on the moon.

Missing his wife, Hou Yi offered a feast and vowed to continue memorialise his wife each year for the rest of his life.

When people learned what happened, they decided to worship the moon each year on the anniversary of these events to pray to Chang’e as the Moon Goddess for safety and good luck, when the moon was at its brightest and fullest.

Mooncakes: Full of flavour -- and calories! 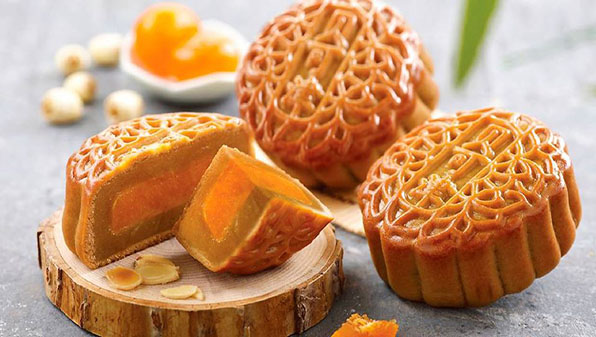 One of the biggest stars of the Mid-Autumn Festival in the mooncake. This calorie-packed pastry is slice up and shared like a cake between families and friends, as mooncake symbolizes union and family reunion in Chinese culture.

Most mooncakes consist of a thick, tender pastry skin enveloping a sweet, dense filling, and may contain one or more whole salted egg yolks in their center as the symbol of the full moon – which explain why a palm-sized cake can contain about 1000 calories.

Aside from the traditional varieties, mooncakes these days have been infused with some other popular ingredients, including nuts, red beans, custards, ice cream filling and flavours like chocolate and vanilla.